...their honesty, creativity, ingenuity, courage to live and work outside the mainstream.


I get really into stuff, and sometimes I think the people in my life tire of my unsolicited, overly enthusiastic, proselytizing emails. And then I remember, that's why I have a blog.

The guy went paralyzed half way through his career, which forced him to come up with new ways to physically paint, resulting in (I think) his best work. Unbelievable. I saw a documentary about him on PBS when I was in college and have loved him ever since. His studio is only a couple blocks away from my office, and one day I walked by him sitting outside. I walked around the corner and spent about 5 minutes facing a brickwall trying to convince myself to go back and talk to him. When I finally worked up the courage he had gone back inside. I'll get him next time. 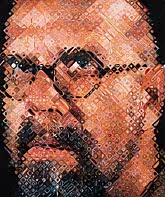 Mindy Kaling, writer.
She kills me. It's like she has a portal to my brain and knows my innermost thoughts.
I think a lot of women my age feel the same way, but I still feel special. 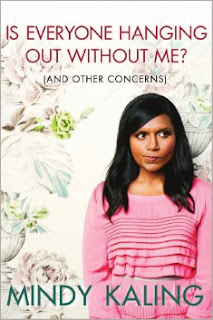 He is so much more than the guy who composed a piece of silent music. He was a contemporary of Buckminster Fuller, Merce Cunningham, and that whole crew of crazy forward thinking guys. Joyful Zen is what I take away from him. 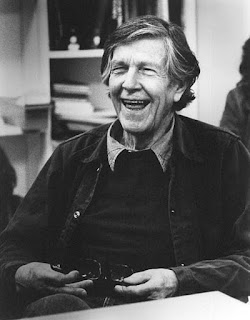 Pablo Picasso, painter.
You know who he is. I am not cool for loving him. I wrote an essay about my early obsession with him -- maybe one day i'll share it on the blog in serial form. I wrote it to submit to This American Life until one of their old producers told me it wasn't universal enough. I freely admit that ever since that experience my love of TAL has dimmed. But I think it just happened to coincide with my love for it burning too brightly: it could not be sustained. Now I tend to find their unassuming, casual narration style somewhat rote and grating. But who am I kidding, I still listen. 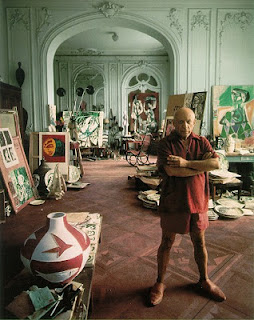 Marc Maron, comic & podcaster.
The only way I survive my commute is by listening to podcasts which pre-maternity leave had been limited to shows that air on NPR; the only way I survived the last 3 weeks of my pregnancy was by discovering Kevin Pollack's Chat Show on iTunes. Because I could not listen to Terry Gross or the Planet Money team talk about economic doom while my whole life was all about bringing a human being into the world. So I took hour long walks around my neighborhood once or twice a day and amused myself by listening to Kevin's long form interviews with actors. It was fluffy and funny. Only a week or two ago did I finally download some of Marc Maron's WTF podcasts -- long form interviews with comics, writers, and actors. It was kind of like graduating from high school (KPCS) and going to college where everyone smokes cigarettes and talks philosophy. But it's still funny. In fact it's about ten times funnier, so I've turned into the girl who walks around Port Authority grinning inexplicably. And I like that. Marc Maron, I think I love you. 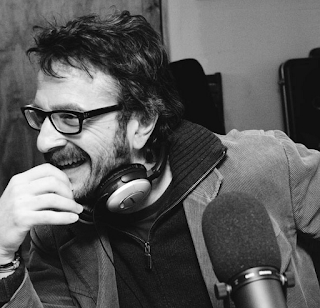 E.E. Cummings, poet.
Yeah, everybody loves his cute punctuation, his love poems, blah blah blah, but until you read "i: six non-lectures" you have no idea what a mindblowingly compelling thinker he was. There is so much more to him than writing in all lowercase. The book may have taken me about a decade to read and understand cover to cover, but it is the most special book I own, and it was passed down from my mother. And it goes without saying that "if there are any heavens my mother will(all by herself)have one."

Pema Chodron, Buddhist monk.
I was first introduced to her work through Stephanie, my amazing old yoga teacher in Brooklyn. One time she read a passage from her book in class and I started crying. That yoga really can really sneak up on you sometimes. I always turn to her books "When Things Fall Apart" and "Start Where You Are" when things fall apart, which they inevitably do every couple years. You don't have to be a meditating Buddhist to take away some real pearls of wisdom. 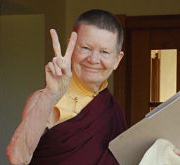 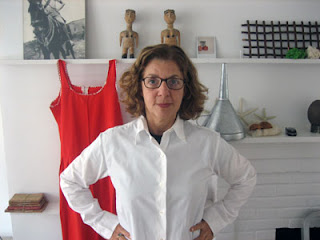 Uncle Jim, my mom's brother.
My love and respect for him has been chronicled on this blog before. He is half of the dynamic duo we are always going to Maine to see. Let's be honest: we love the state of Maine, but we really love our relatives who live there. Otherwise all those evergreens could start to look the same.

Fall: Home and About

Pumpkins on the stoop! My favorite way to showcase pumpkins, inspired by Katy Elliot's documentation of pumpkins above the door in Marblehead. Halloween is epic in my town, so I like to make sure the house is sending signals to potential trick-or-treaters (and there are A LOT of them) that our door is open.

And this morning -- this very very warm morning -- I completed my first race post baby, a 5K in my favorite shore town. I had very low expectations since I've been taking it easy out there, but I managed to break 30 minutes, which I was pretty excited about, considering it means I ran 3 miles at about a 9:30 pace and I'm quite sure I that's about a minute faster than any mile I'd run in preparation. Later this month is the Trik-or-Trot, then November brings the Turkey Trot. Love all the local fall races, and so happy to be back in the mix! (Even if it is harder to get to the starting line in time with little P).
Posted by sevprez No comments:

Email ThisBlogThis!Share to TwitterShare to FacebookShare to Pinterest
Labels: Holiday, points for the suburbs, running

Five years ago I created a website called I Am Unrepeatable. It was a space on the internet for open thank you notes and love letters -- a place for anyone to post a personal message in a public space, with an option to send the message to the person mentioned. I was inspired by wondering what "regular" people would say if given the chance to make an acceptance speech like all the fancy movie stars do at the Oscars; I was inspired by the notion that living life every day is a beautiful achievement, more deserving of attention and air space than the "Best Actor In A Motion Picture."

This year I made the decision not to renew the space with my web host. It doesn't get as much attention as it first did, but more than that, I've realized people now share so much of their lives on Facebook. It's true that plenty of status updates are full of complaints (about the weather, traffic, strangers, Mondays, etc), but there are also incredible messages of love and acknowledgement shared in that online community.

So it is not with sadness, but with gratitude, that I say that iamunrepeatable.com's days are numbered. I feel a sense of accomplishment that my little corner of the internet can pass on to the nether world knowing that Facebook has become an integral part of so many people's lives, so much so that it's second nature for someone to share how much they love their parent, sibling, or child, just because it's their birthday. It's an incredible thing, actually, if you think about how different the world is today than it was 1o or even 5 years ago.

I took screen shots of all the pages of Unrepeatable so I'll always be able to go back and read all 593 acknowledgements. I would encourage you to take a gander at them. I guarantee it will improve your mood. In fact, I challenge you not to cry, or get goosebumps.

As crazy as people can be, I still believe we all share something beautiful and pure at our core.

Here's the first thing ever posted on the site, written back in the summer of 2006. Five years ago, my immediate family was my parents and 2 siblings. Now it includes my husband and daughter. By taking a moment to really absorb that fact, something as abstract and seemingly remote as a website has touched me to my core once again. Thanks for all those who participated and visited over the years. 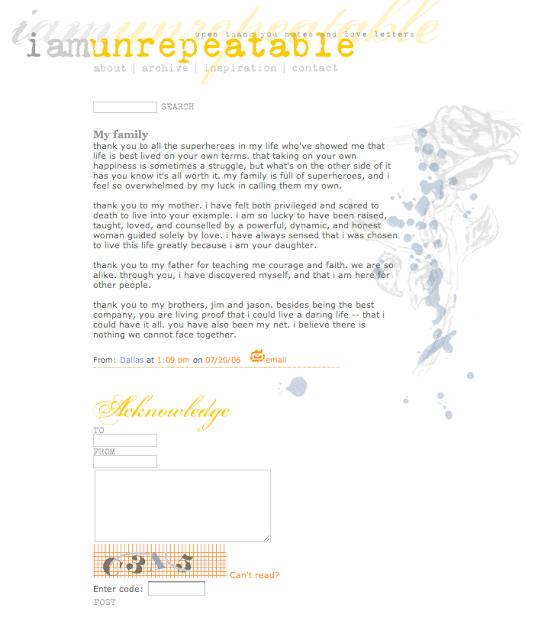