With all the peonies and rhododendrons we've planted, I actually brought myself to cut some flowers to bring inside today. Fresh peonies smell unbelievable! The whole yard is perfumed.

With peonies, whose bursting blooms cause their stems to arch to the ground, cutting actually feels like the right thing to do. When all of our hydrangeas are in bloom we will be approaching cutting garden status, something I've always dreamed of. No guilt! 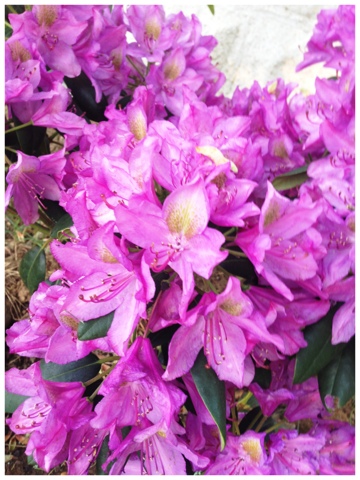 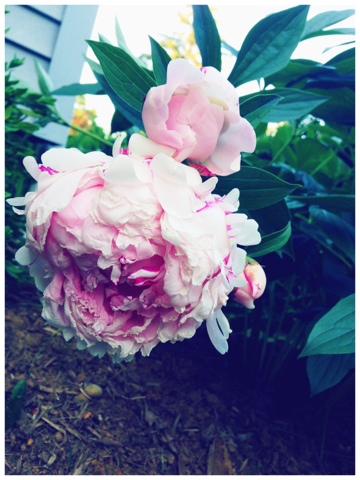 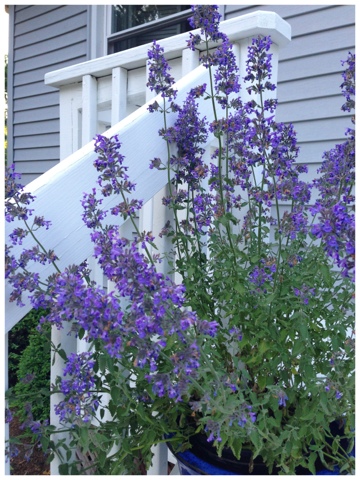 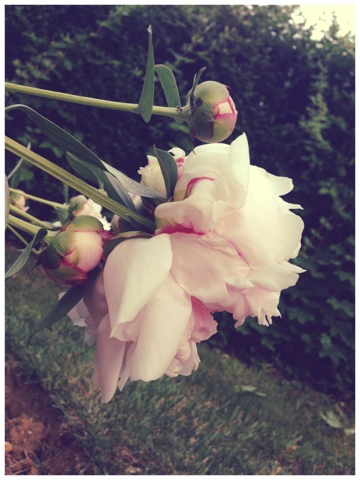 Email ThisBlogThis!Share to TwitterShare to FacebookShare to Pinterest
Labels: garden, points for the suburbs

The Champ Is Here

The 2013 Sugarloaf Marathon is in the bag. It takes a village to run a marathon.

There is a sign when you get to Carrabassett Valley that says, "From here on your life will never be the same." Not so sure it's true, but then the whole experience felt like a dream state. I was intimidated and in denial until about 12 hours before the race. My last two weeks leading up to the big day were full of bad runs, missed workouts, and work stress. The thing that got me most psyched up to run was a vivid dream in which I overslept, missed the race, and felt so embarrassed and short-changed. I woke up before my alarm went off determined to make the trip worthwhile.

The reality of running a marathon in the biggest ski resort east of the Rockies really hit me as we drove up to the hotel. Mr. SevPrez and I started laughing hysterically as the mountains came into view. I considered calling my dad, who was going to drive up with our next door neighbor the next morning at the crack of dawn, and telling him not to come. Only I couldn't, because Sugarloaf is in Central Nowheresville and I had no cell service.

I started to question everything. I realized it was two days before the race and I hadn't received an email from the race director. Did I register?! I did, back in November, and I got one confirmation email. That was my first sign that this race would be no frills.

There were about 500 runners. They don't close the road down. The crowd is composed if only the loved ones of other runners. It's a straight 26 mile shot down one road, with a turn only at the very end so you are sure not to see the finish.

I felt better than I've ever felt for 22 miles. I went out steady at about a 9:30 pace for the first 7 miles, before the hills got serious. At about mile 12 they receded and I got back down to a 9:30 pace and held it til about mile 18. From there it crept up a bit but I felt strong and was rallying when others were fading. But at mile 22 there was a slight crest in the road and it killed my spirit. That and the reality that "only 4 more miles" was actually "oh my god, 4 more miles? Everything hurts and I am so done."

I finished in 4:25 and change, and honestly, it felt so much faster. I don't know if it's because it was such a hardcore race or because I felt so strong for so long. Either way I really enjoyed it (or 11/13ths of it, anyway). The area is truly beautiful and the people were awesome. So many people came up to us after the race and back at the hotel to thank Baby SevPrez for being the best fan out there. My crew of 4 must have been at five different places on the course at least. And we had a cowbell. It's nice to think your little world really has a positive impact on so many people.

And we got extra sympathy at the restaurant when the little one was roaming around doing her thing. Whatever it takes! Travelling with a toddler is a endurance sport unto itself. Special thanks to Mr.SP for manning the helm all through training and race day.

It was a fantastic experience, but we are thinking maybe no more full distance endurance races til the little one is in college.