We couldn't wait for October this year, and we found a bunch of spooky candles at TJs to make a scary tabletop vignette. 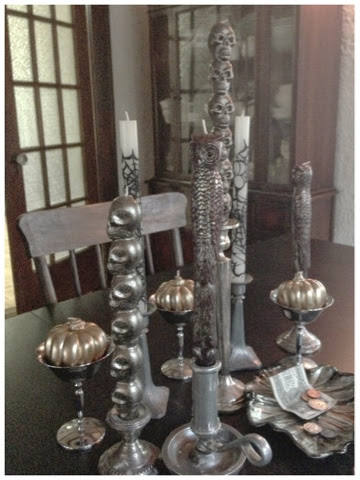 Email ThisBlogThis!Share to TwitterShare to FacebookShare to Pinterest
Labels: Holidays

There are so many places we want to go, but somehow we always find ourselves going back to Maine. Sometimes I think we should mix it up more than we do, but then we have a week like we just did and I think life couldn't get any sweeter.

We visited family in Orono/Bangor, which includes relaxation, good eats, good shopping, long walks, and great conversation. Then we were lucky enough to stay at my cousins' recently converted barn on Mount Desert Island just down the road from Bar Harbor. And it was completely amazing. My watch stopped working, my phone died inexplicably, there were no screens and no wifi. Just the three of us, games, arts and crafts, food, and nature. The weather was obscene: warm fall days, crisp nights, clear skies, no rain, foliage popping.

I'd call it a retreat, only it felt more like paddling out to something very alive and ever present. We are grateful to have a home away from home up North, or Downeast as the case may be, and to return home anew. 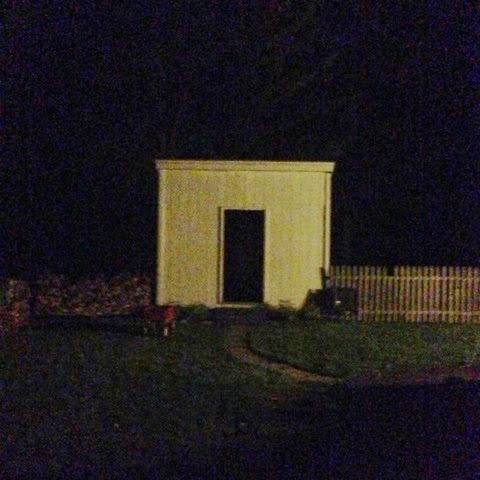 We're up in Maine on vacation, and we sold our house. The way life should be.
Posted by sevprez No comments: 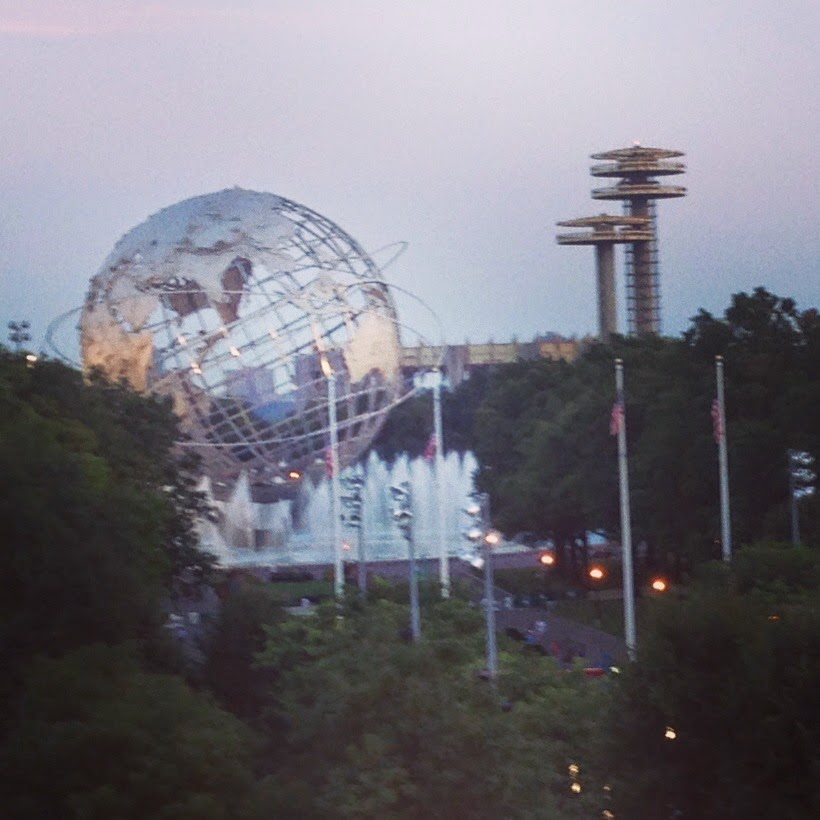 Went to the U.S. Open the Tuesday after Labor Day to see the mens' 4th round and women's quarters in a night session. Federer and Wozniacki both won in straight sets, so we got out at a reasonable hour which is nice in my old age, but slightly disappointing compared to 2005 when I saw Agassi beat Blake in a barn burner. Still glad I went and my date declared we should make it a yearly tradition, which is exactly what I've been wanting someone to say to me since I was 14. Victory tastes sweet.

Now I can work on getting to Wimbledon.

Did a sketch for a friend's birthday card yesterday. I need to revive my hobbies or I'm in danger of dissolving into a hybrid couch potato/barfly in my free time. Right now it feels like I'm dabbling in everything and it's not sticking. I've got a Le Carre book languishing on the bed stand, a stalled needlepoint project (I told you, I'm old), and a twice a week running schedule. Ugh.

While waiting for the train home from the Open, my friend and I were talking about current events. I admitted I don't really follow the news anymore. I read the New Yorker and follow NPR via my Facebook feed (it hurts me to come clean about that, I usually refer to it as a "news feed."). It took a long time for me to inquire more about ISIS. Because really, do I want to know more about these people? It's disgusting.

I spent most of my twenties engaged and enraged about the death and suffering caused by the ignorance and righteousness of this country -- that's your takeaway when you study American History at NYU. But at about seve months pregnant with my daughter my fascination and anger turned to sadness, and I realized in order for me to live powerfully I couldn't do it anymore. I've transferred that over to Mr. SevPrez and now he fights the good fight on that front.

I confessed to my friend that I went through old journals and correspondence when we moved and found evidence of a smarter, wittier, more relevant, firecracker version of myself. I was so sure of myself and my opinions! I used to write better. I was unabashed.

Am I a complete milquetoast? Does that come with the territory of marriage, motherhood, and mid-thirtydom? It's disorienting to feel you've lost your shine, but with that comes humility, and with humility comes the opportunity for grace. I do slightly less embarrassing things and make much better sartorial decisions. I can finally cook. Everyday my daughter eats, sleeps, and dances. So if I'm a bit of a dud, at least there's that.

Still. Gotta finish that book, sign up for a race, learn needlepoint, and get to Wimbledon. These are great projects and I should keep them alive. Never give up.