Yes, I Will Take You

The Thing Is
by Ellen Bass

to love life, to love it even
when you have no stomach for it
and everything you've held dear
crumbles like burnt paper in your hands,
your throat filled with the silt of it.
When grief sits with you, its tropical heat
thickening the air, heavy as water
more fit for gills than lungs;
when grief weights you like your own flesh
only more of it, an obesity of grief,
you think, How can a body withstand this?
Then you hold life like a face
between your palms, a plain face,
no charming smile, no violet eyes,
and you say, yes, I will take you
I will love you, again. 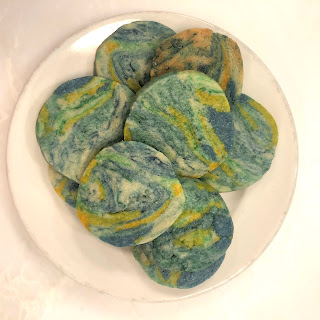 There are a lot of things about this time under quarantine that will change me forever, many of them beautiful gifts. It reminds of me that last week before my babies were born. They were late, and each day the waiting was interminable, but I spent the time doing things I would never normally have done. Making friendship bracelets, shopping for mysteries at a used bookstore, going to brunch with my husband on a weekday. How to spend time in an innocent, innocuous, easy way when you are bigger than a house, it's hot as hades (July), you don't want to spend money, etc.

These days, when everything is closed (even the parks), money needs to be saved, and we are all together with no place to go, we are finding new activities, new patterns, new ways of being with each other, new hobbies, and new interests.

The girls have opened a bakery in the playroom and it seems whenever we bake one thing we bake two things at a time. So far Confetti cookies have been a big hit, but we've made our classic family Chocolate Chippers, sugar cookies dyed and marbled to resemble the planet earth as seen from the moon, Magnolia Bakery cupcakes (while retelling the story of when I wouldn't let Kris have a bite of mine when we were dating -- he ordered banana pudding instead, if you can believe it), and pound cake. We made a pizza out of potatoes. Kris cooked a turkey for Easter (our first bird).

We started out with family movies nightly, but that was when we had no kitchen or dining room and every meal was eaten huddled around our coffee table in close proximity to the TV. We watched a lot of classics from our childhood (Girls Just Wanna Have Fun, Back to the Futures 1-3, Ferris Beuhler's Day Off, A Princess Bride) and some contemporaries (Frozen 2, Forward, The Princess Diaries 1-2).

One night we went for a walk after dinner and watched the stars come out. It was dark, and I pulled the girls in a wagon. We looked at the moon, we noticed a bright star in the sky that turned out to be Venus. The longer we walked, the more stars we could count. We saw Orion's belt appear. It was exciting.

My father started coming over once a week to give astronomy lessons. I downloaded the stargazing app. You hold your phone to the sky and it shows you what constellations you can see. Last night we noticed two stars above the moon -- the heads of the twins of Gemini, Castor and Pollux.

To me, there is nothing more magical, an activity I imagine I'd take up in the best version of my life, and one I certainly wouldn't be doing if not for the quarantine.

I've often time found times of great tragedy and disruption to be teachers. It's uncomfortable to admit but sometimes when everyday life is grinding away I wish that something would disrupt it, snuff out all the momentum and hit the pause button. Unfortunately, I have found that only tragedy and waiting for babies can really slow time -- to recenter and refocus life. The hope is that we will carry these new, slower rhythms with us in the future. 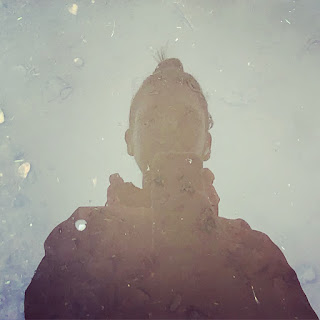 Well, I Didn't See That One Coming 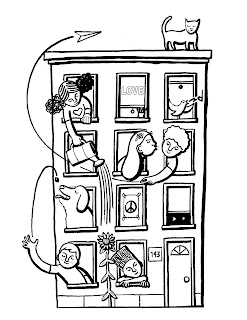 We started a coloring club at work to support the workforce that we had to lay of on Wednesday March 18 because of the government mandated response to COVID-19.
As a business, all our intention is on reopening when this is over. That will be a feat for many restaurants, many won’t survive. However if I ever had to bet on a team, I’d bet on ours at Smith. Pulling off the impossible is our specialty.
So many need support at this time. This problem is bigger than any one person, group, company, or industry. We are dealing with a human problem and all our lives are at stake. With this stunning cascade of events, in this international emergency, our 7 restaurants at Smith had to close their doors last Monday for the health of the public and our employees. Our biggest imperative is that we open up as soon as is feasible when this is all over. When? When. Until then, we are taking it one day a time.
The thing I have grown to cherish most about the hospitality industry is that a healthy, thriving restaurant requires all different kinds of people in order to function like a well-oiled machine. The breadth of backgrounds, ages, races, professional and education experience, the hard-knock tales. The tales of incredible triumph and transformation. When given an opportunity, a restaurant is a place where a person can rise above wherever they came from to create a new future for themselves and their family. It's usually the person you never see coming who ends up being your champion.
The reality in this country is that most Americans have little-to-no savings for the kind of a head-spinning, lightning fast crisis like the one we find ourselves in with COVID-19. Not for medical bills, not for sudden unemployment. Which is why we wanted to put something out there in the world that might highlight the incredible love and generosity spreading around the world, and create a cushion for our staff in this time of emergency.
I don't know how you choose where to give right now. I don't like having to ask for handouts. But I do like to color.
https://smithrelief.fund

Email ThisBlogThis!Share to TwitterShare to FacebookShare to Pinterest
Labels: growing up, Health, Holidays

I Am A Grownup

I found this draft from April 2017 and I am delighted by it.
Maybe I'm back.


I drink black coffee.
I have two children.
I make my bed more often than I don't.
I am on the fundraising committee of my child's private school.
I clean my dishes after I use them.
I pick up all the trash that rolls up on my property on a weekly basis instead of being too resentful of slobs that litter to pick it up.
People (multiple people) have asked me to run for elected office.
I have a LinkedIn profile, that I put effort into.
I make lunches.
I am in charge of flossing other people's teeth.

I stopped resisting life, in my better moments.