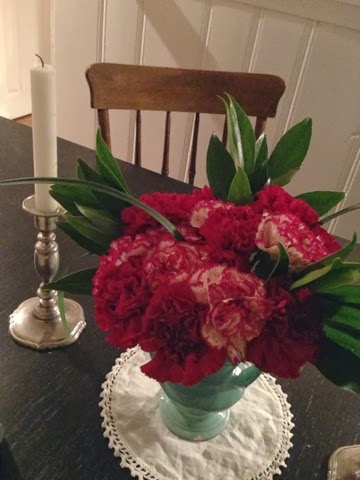 I really love Valentine's Day and it's looking like little one does too. She is pretty obsessed with hearts, spotting them and counting them out loud. It promises to be a fun few weeks for her.

The Mister got me some carnations, the most underrated flower, and I picked up festive sprinkles today at the grocery store. They never have such awesome color combos! I'll be enjoying them all year round! 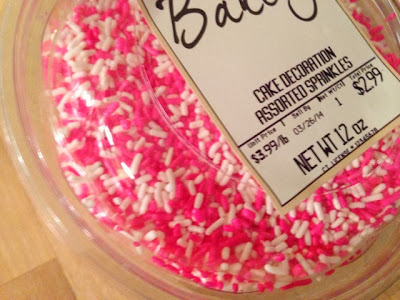 I got my hair cut like the Campbell Soup girl! 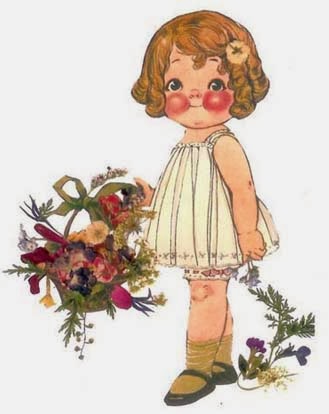 I have also gotten Keira Knightley (?) and Amelie. I hadn't thought of that, but I'll take it. 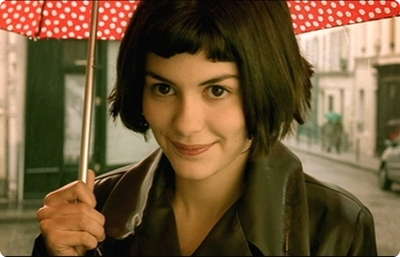 I'm using the YouCurl (a recommendation from a friend with great hair) to give my new 'do a little something and I can't believe I'm actually using a "styling tool" to do my hair. It's a new year, people!

Also, we had an amazing birthday party for my mom. Unbelievably, she turns 70 this year. My brother hosted the party at his new house, an old beauty built while we were still under British occupation. All her favorite people were there and it was an amazing feeling to, as her three kids, be able to throw her a party with everything and everyone she loves. As she said, "Most people have to die to get something like this." 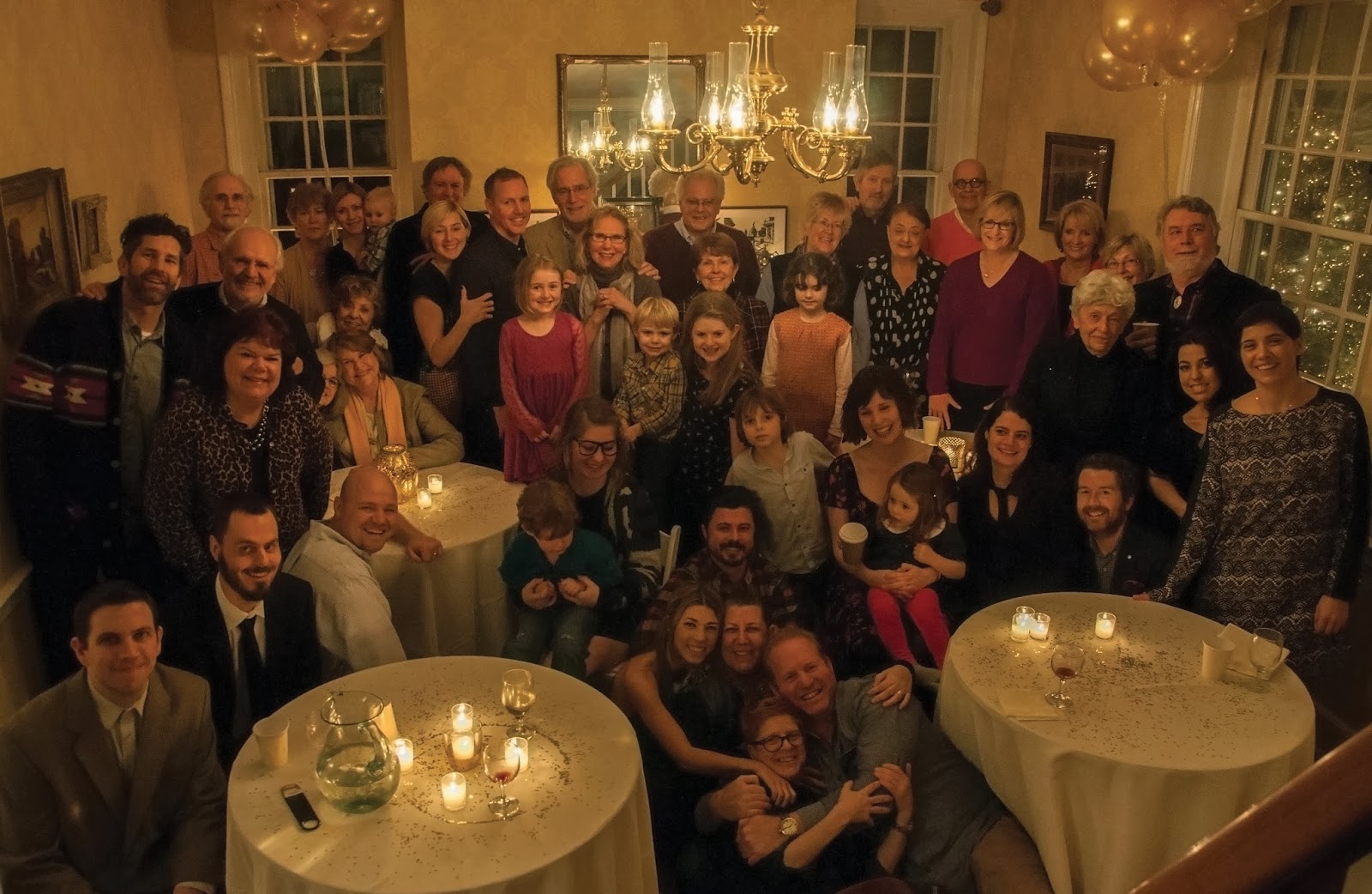 And, if you are keeping track of my birthday resolutions, I told a story in tribute to my mom at the party and it brought the house down. So that's one point for storytelling.

I ordered three novels that I am committed to reading this year! I read a great New Yorker profile on "chick-lit" author Jennifer Weiner, who is railing against sexism in the literary sphere. I still wouldn't want to read her novels, as I'm kind of a literary snob (really, I just enjoy good writing enough to get mad at cliched writing) but I appreciated her wit, snappiness, and ballsiness. The article mentioned two novels about female protagonists by female writers that have gotten "mad respect" as the kids like to say, so I ordered them both, and one more to boot, and that's something I'll be doing in 2014.

How Should A Person Be, by Sheila Heti

The Flamethrowers, by Rachel Kushner

Telex from Cuba, by Rachel Kushner

These days I find there are an appalling number of bad movies just waiting to steal two hours from my life. Don't you feel the same way? I could easily go on a horsemen-of-the-apocalypse/fall-of-the-Roman-Empire tirade about what that means for our culture, but I'll spare you.

In the past month, however, I've seen a handful of fine films, and I want to tell you about them in hopes that you'll watch them, love them, and talk to me about them the next time I see you* so we can get riled up about how a good movie at the end of a long week is like the sprinkles on an ice cream cone.

Heartburn
A classic I never saw until last month, while the wee one napped and I wrapped presents. Meryl Streep and Jack Nicholson star in this adaptation of Nora Ephron's ripped-from-the-headlines-of-her-own-life novel. I got The Most of Nora Ephron for Christmas and I'm loving every page of it. What a woman. Available to stream on Netflix.


Broken English
Parker Posey and a French guy with eyes like saucers. New York and Paris. Neurotic love. I watched this late at night while (still) wrapping presents, and it was perfect. When it was over, I wanted to play it again. Too bad it was 2am. Available to stream on Netflix.

I Do
Charlotte Gainsbourg. Listening to French people speak French. A romantic comedy in the truest sense: funny, tender, and slightly surreal. Available to stream on Netflix.

The Best Offer
This is a new movie but we watched it from the comfort of our couch while the snow fell. Geoffrey Rush stars as a fine art auctioneer on the scale of Christie's. The world this movie depicts is captivating: gorgeous white penthouse apartments and dilapidated grand villas filled with works from old masters. Just to watch it is a delight. But the mysterious love story that unfolds is just as enchanting. Geoffrey Rush is fantastic, as always. A new movie I loved loved loved. Available On Demand and in theaters.

Before Midnight
The third movie in a trilogy about a couple played by Julie Delpy and Ethan Hawke. You should probably watch the first two before you watch this one, so you feel fully invested in their story, but I don't think it's necessary. You might actually lose interest before you get to the last installment, which would be a mistake. I watched this movie on a plane a few months ago, and I think about it often. The final scene between the two leads is the best depiction of the guts of a marriage I have ever seen on film. Ethan Hawke's character gets on your every last nerve, then redeems himself entirely in the final monologue. True art. Available on Netflix DVD and possibly On Demand.

*Or we can just talk over the internet.
Posted by sevprez No comments:


We were all set to take a day trip into New York and go to the Met on Thursday. We were up early and out the door to the bagel shop, minding our business eating our breakfast sandwiches, when we let the local news put a fright in us about winter storm Hercules… Ominous music plays in the background. When did they start naming winter storms!?!! We had planned to be on our way back before the snow started, and we weren't really buying into the hype, but we got scared about all the other people who would be fleeing the city before the snowpocalypse. We saw ourselves sitting in tunnel traffic and aborted mission before we even began.

We wondered what other museums we could visit. We entertained the Liberty Science Center but both decided it sounded lame. (This could be wildly off base, but I prefer art museums.) We ended up heading to Montclair to see the Montclair Art Museum, which also houses a nice collection of Native American Art.

Montclair is a pretty cute town to kill time in if you have to, but it was about 20 degrees, so we didn't want to wander around too much. Still, there are some beautiful neighborhoods and really spectacular homes that we had fun touring. We made a pit stop at the Van Vleck House & Garden, which was special even in the bitter cold. Mr. Van Vleck was an avid horticulturist who created a yellow rhododendron -- gasp! We very well may have to get our hands on one at their plant sale the first weekend in May.

We went downtown for shopping and lunch and ended up at Raymond's, a bustling high class diner I'd heard about. It was pretty good, but the little one had a meltdown, you know, throwing crayons, screaming, going limp and floppy when you try to pick her up, the normal stuff… I carried her out to the back hallway and after what seemed like an eternity, managed to talk her down. The good news is that it was so loud that I don't think anyone really noticed. After that lunch experience, the car seemed like a refuge. Trying our luck back at the museum seemed unwise, so we decided to head home.

Later that night as the snow fell, we debriefed and decided it was actually nice to explore a new town (the homes are really to die for) and get out of the house, but it was also about three-quarters of a rigamarole.

So, if you're keeping track on my birthday resolutions: Go to the Met - 0, Eat more vegetables - 1 (I had a kale salad for lunch in the face of all day brunch). You win some, you lose some.


Posted by sevprez No comments: